Gerard Butler: I don’t know if I have the intelligence to survive a real disaster (exclusive)

Click the link to the right to view the video interview.

He might be an on-screen action hero, but Gerard Butler has little faith in his ability to survive a real-life disaster.

Butler, who flees a planet-destroying comet in new blockbuster Greenland, said his years of playing everyman heroes on the big screen have done little to equip him for real peril.

“I have the heart. I definitely have the heart and, I think, the courage,” the 51-year-old star tells Yahoo Movies UK. “I just don’t know if I have the intelligence or the talent.

“Whenever I make these movies and you have these ideas that the character does, I’m always like ‘I don’t think I would’ve thought of that, that’s pretty clever’.” 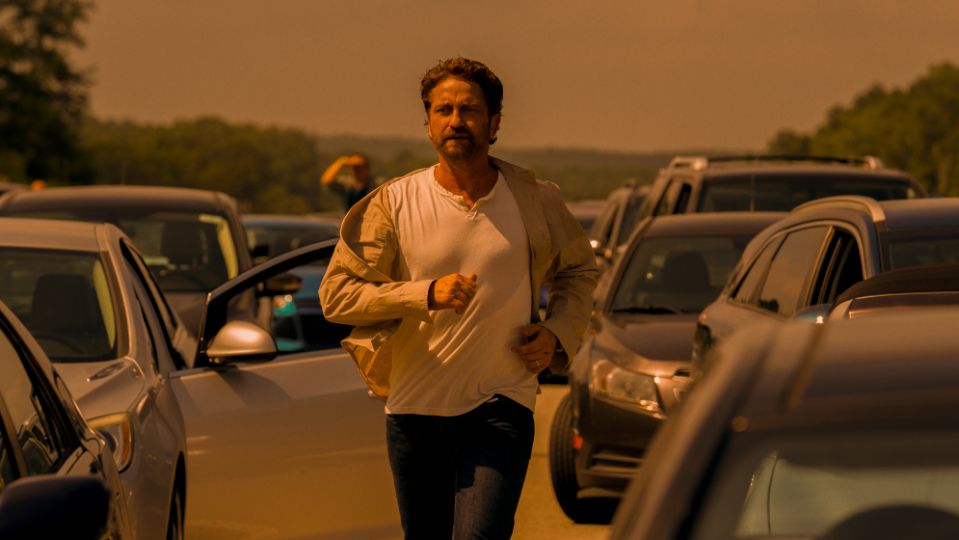 When the comet is detected, his skilled worker status grants him and his family — including wife Allison, played by Deadpool’s Morena Baccarin — access to planes heading for a refuge in Greenland.

Crucial to accessing the plane is a government-issued wristband, but Butler doubts he would’ve been able to get himself organised if disaster struck in the real world.

He says: “I would be the one getting in the car and trying to get to the air force base, realising that we have no gas, that I forgot the bag and then I’ve forgot my wristband.

“Honestly that would be me going ‘I swear I have it, it’s in the house, you’ve just got to trust me this time’.”

Butler said he loved getting the chance to work with director Waugh again after he helmed the third Mike Banning movie Angel Has Fallen in 2019.

He said: “I met him many years ago about another film and we said we were going to work together.

“I loved how deep he went into character and how he allowed the rest of the story to take place through the eyes of that character, who an audience are so invested in.

“And I knew he was gonna push me. He did that with Mike Banning when we made him an addict and all over the place.

“Then Greenland was a perfect fit: to be able to play a regular father and husband who is not a perfect guy. He has a lot of sins to make up for, which is a brave start to a big Hollywood movie.

Alongside Butler and Baccarin — as well as Roger Dale Floyd as the couple’s son — Greenland stars Scott Glenn and Mindhunter actor Holt McCallany.

Chris Sparling’s screenplay was originally set to be filmed by District 9 director Neill Blomkamp, with Captain America star Chris Evans in the lead role, before they were replaced by Waugh and Butler.

The movie was released on video-on-demand to positive critical reviews in the USA in December, having had its planned cinema run cancelled due to the COVID-19 pandemic.

Greenland is available to stream via Amazon Prime Video in the UK from 5 February.