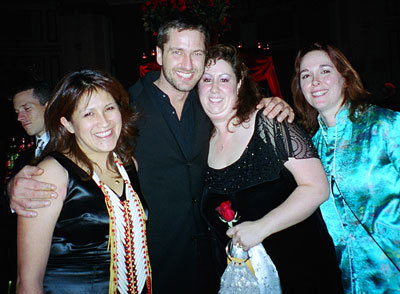 Gerry and the GB.Net Girls – Phantom of the Opera Premiere After Party – Plaza Hotel, NYC – December 2004

This site was the conception of a fan with a vision, who first noticed Gerard Butler in Dracula 2000 and subsequently decided he was an actor to watch for in the future. She approached a web designer friend, after much prodding and constant badgering that she needed to help her develop a website for Gerard.

The designer, knowing nothing about Gerard Butler, saw Attila on television, and thought, ok, what the heck…another website for a hot looking Scotsman, how much work could it be? Putting her research skills and resources to work, the designer did some investigating about this Scottish actor. The few articles there were at the time regarding Gerard described just WHO Gerard was as a person and that was the hook that inspired her to go ahead and do a website dedicated to the man and a design followed and became GerardButler.Net on February 10, 2001.

The visionary fan worked tirelessly that first year to secure an exclusive fan site interview with Gerard. An ambitious task and imagine our surprise when he said yes!! Another interview followed in mid-2004, prior to the release of Phantom of the Opera. We are honored that not only did he agree, but continues to be so giving and supportive of our efforts in the information we provide and our charity endeavors. We are eternally grateful and are honored to call him “friend”.

GB.Net is for entertainment purposes only. It is NOT an OFFICIAL Gerard Butler site. While we maintain a open line of two-way communication with Mr. Butler’s representatives and thank him for his support of our efforts over the past twenty years, this site has NOT been officially sanctioned by Gerard Butler or by his representatives.

If anything on the site is seen to be offensive or inappropriate to Mr. Butler, his agents, family or friends, please contact us, and it will be removed. We are here for the sole purpose of educating people about Mr. Butler, his professional projects, public appearances and press and not to make him uncomfortable in any way. 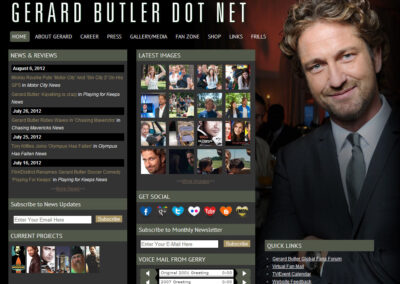 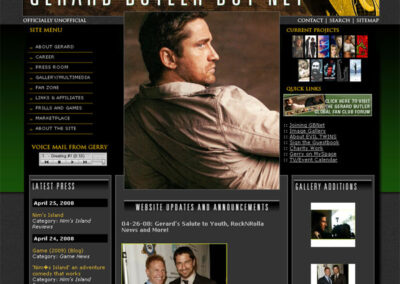 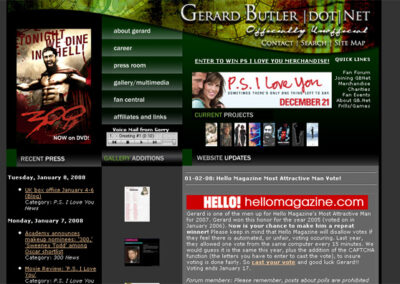 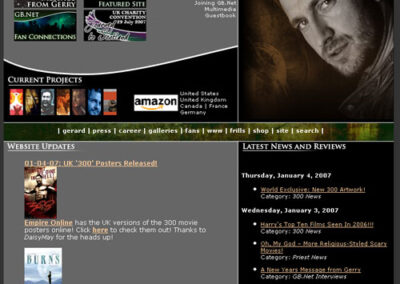 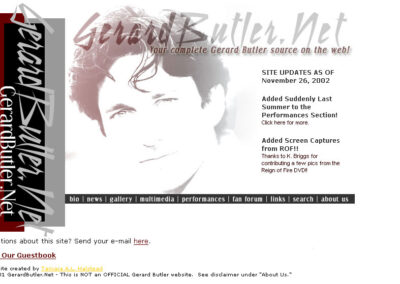