Delivering the apocalypse on a budget, the disaster film Greenland dramatises the end of the world with no-nonsense efficiency. Gerard Butler’s sturdy performance is perfectly suited to the modest proceedings: Playing a husband and father trying to protect his family as a doomsday comet rockets toward Earth, the B-movie star exudes just the right amount of weathered weariness and rumpled vulnerability. Those hoping for the spectacle of a 2012 or the swagger of an Armageddon will be disappointed, but director Ric Roman Waugh gives the story a consistent tautness, which helps make up for the familiar trappings and occasionally convoluted plotting.

Having already scampered around multiple international markets dodging lockdowns, Greenland arrives on VOD services in the UK and US starting December 18. Butler’s name will help boost awareness, as well as alert potential viewers that this is a straightforward, unpretentious thriller — although not as action-packed as his Fallen films.

Butler plays John Garrity, a structural engineer who is separated from his wife Allison (Morena Baccarin) and devoted to his young, diabetic son Nathan (Roger Dale Floyd). John holds out hope that a reconciliation with Allison might be possible, but soon a graver concern presents itself: a massive comet is on a collision course with the planet, with an extinction-level event anticipated in 48 hours.

To John’s surprise, he receives a text from Homeland Security, indicating that he and his family are among the few to be selected to be escorted to a top-secret base in Greenland. Unsure why he’s been chosen, he nonetheless hastily gets Allison and Nathan in the car as they drive off to the rendezvous spot before the human race is obliterated.

Waugh, who directed the 2019 Butler vehicle Angel Has Fallen, doesn’t spend a lot of time on the gaudy scenes of colossal devastation that disaster auteurs like Roland Emmerich would linger over. The reason, of course, is that Greenland’s reported $35 million budget doesn’t allow for much showy carnage. (As is, the film’s effects can sometimes look rather cheap.) Instead, he and writer Chris Sparling put John and his family through one wringer after another, finding different ways to separate them and then bring them back together as they desperately seek safe passage to Greenland.

Refreshingly for this genre, the picture dispenses with flowery proclamations about the resilience of the human spirit. In their place is a grim pragmatism about how such a scenario would play out, with panic quickly setting in among the populace as widespread lawlessness takes hold. Adding to the tension is the fact that the Garrity clan ultimately aren’t able to take one of the planes that would fly them to Greenland — and as they try to find another means of transport, their government-issued wristband makes them a target wherever they go. It’s a golden ticket that everyone wants, leading to several tense set pieces and close-quarters fight scenes.

Greenland doesn’t require Butler to do much beyond project rugged, flawed nobility. As it turns out, the friction in John’s marriage is due to his infidelity, a decision he deeply regrets — but, predictably, John will prove his worthiness by protecting his wife and child during this harrowing odyssey. The dialogue can sometimes be hokey, but Butler radiates the calm authority of an ordinary man thrust into an extraordinary situation.

Portraying the resourceful Allison, Baccarin is particularly anguishing during one terrifying sequence in which her character is ripped apart from Nathan. Greenland is the kind of film that, once it’s introduced early on that the boy is diabetic, ensures his condition will quickly become a major plot point. But despite such cliched storytelling, the cast conveys the stakes so convincingly that it’s easy to be invested in their plight.

As armageddon draws nigh and the Garritys are reunited after a fraught period apart, it’s advisable not to think too long about the script’s nagging limitations — such as its insistence that this family needs to live, when so many millions of others won’t. And while the rationale behind the mystery of why John was selected by Homeland Security makes sense, the logistics regarding the American government’s plan beggars belief.

But rather than the overblown spectacle we’ve come to expect from films of this ilk, Greenland crafts a muscular, barebones survival story that even makes room for some genuine emotion. Hollywood disaster flicks have eradicated humanity many times before, but rarely as unassumingly as happens here. 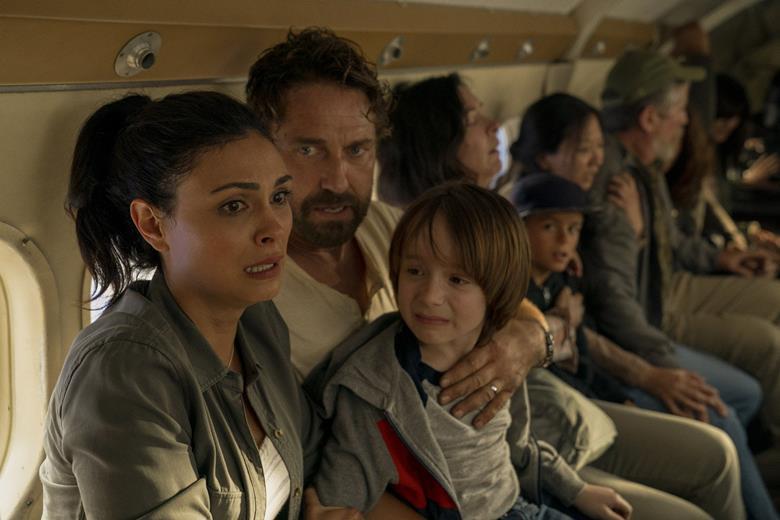